Overview
Company Description
At Medical Microinstruments (MMI) we are innovating wristed microinstruments and their fabrication process, stretching the physical limits of material properties. We are a robotics startup dedicated to advancing the future of microsurgery. MMI's proprietary robotic platform and wristed microinstruments simplify, among others, reconstruction procedures after traumatic injuries as well as after tumor removal in breast, head and bones. The Company's mission is to help more surgeons around the world to offer more advanced procedures, while reducing costs for patients, hospitals and for society at large.
IoT Solutions
MMI's Robotic Platform for Microsurgery

MMI has developed the first teleoperated robotic platform for suturing in open surgery with wristed microinstruments. It offers the surgeon motion scaling and tremor elimination and aims to facilitate traditional procedures while opening the possibilities for new applications. From post-oncological and trauma reconstructions to ophthalmology and pediatric surgery; MMI is committed to transforming the approach to microsurgery with its robotic platform.

MMI’s instruments are equipped with the smallest articulated wrist having a 3-millimeter outer diameter and tips just 150 micron in width. The wrist is the key to performing robotic microsurgery in real clinical environments with the intention to make it easier to suture small anatomy (0.2-3 mm in diameter).

MMI’s Robotic Platform is an investigational device and is not yet commercially available.
IoT Snapshot
MMI is a provider of Industrial IoT robots technologies, and also active in the healthcare and hospitals industries.
Technologies
Robots
Robot Operating Systems
Industries
Healthcare & Hospitals 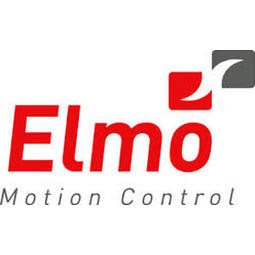 Supplier
Elmo Motion Control
Elmo Motion Control is a global leading company of motion control intelligence solution. Since 1988 the Company designs and manufactures ultra-advanced servo drives and network motion Controllers that are small, smart and simple cutting-adage solutions for any need. Focusing on performance, reliability, safety and standards compliance, our products are integrated in a wide variety of applications from industrial to extreme environment automation.
Learn more 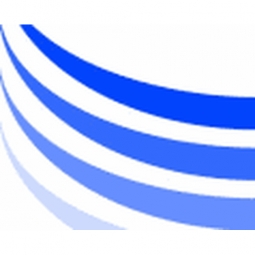 Supplier
Cobot
Wuhan Cobot Technology is a Chinese intelligent robot manipulation system provider, offering solutions for companies in the industry of electronics, food, apparel, grocery, pharmaceuticals to build industrial robots. Its products include unsorted grasping system, force controlled polishing system and drag teaching system.
Learn more
Supplier
Maxbyte Technologies
You’ve likely heard of the Industrial Internet of Things (IIoT), Industry 4.0, Smart Factories, or Digital Manufacturing. All these are similar in concept: collecting and using data from many sources to gain improvements and reduce costs. Right now, 15% of manufacturers are invested in this technology. They are mainly large production/process facilities with large amounts of automation. In the next five years, that 15% is expected to grow to 65%. Experts say those who most quickly exploit IoT technology will receive the greatest benefit. You should be asking yourself:What will this mean for your business?How will you compete in the New Age?Are you in a position to take advantage of this trend?Do you have a strategy in place for the digital factory?At Maxbyte we provide an end to end Industrial IoT/Industry 4.0 and Analytics solutions for our customers' operations and products needs. We offer shop floor to top floor analytics, Predictive Maintenance, energy analytics along with necessary hardware, system integration and managed services support.
Learn more