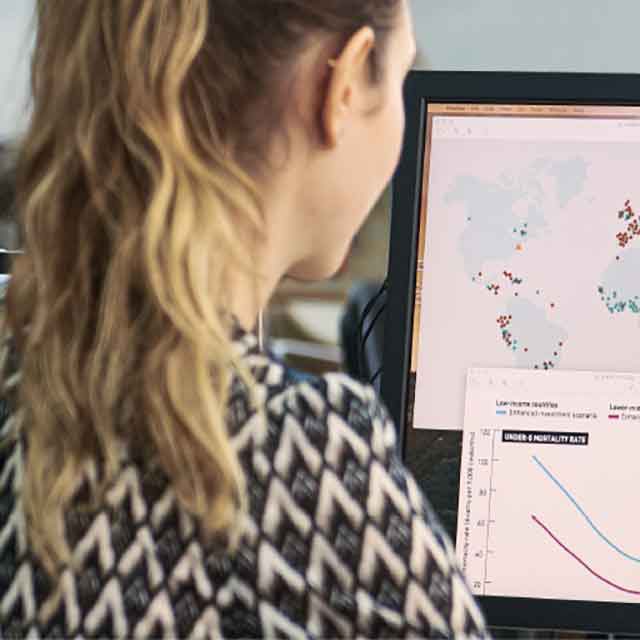 A Global 50 Consumer Packaged Goods (CPG) company averaged 25,000 North American truck shipments per month. Because there was no system in place for real-time monitoring of inventory in transit, operation team members were unaware of real-time disruptions, rendering them unable to avoid or mitigate late or non-delivery for their customers.

A new strategic cross-docking network was unable to realize high-efficiency targets because the inbound Estimated Time of Arrivals (ETAs) was inaccurate ─ reducing the number of goods that could be cross-docked. The Transportation Management System (TMS) and Enterprise Resource Planning (ERP) systems did not receive real-time information and rarely received shipment plan updates.

As a result, this CPG company employed hundreds of people to make check calls to carriers, drivers, and customers to update ETAs manually. This manual process was time-consuming, error-prone, and latent. Often, disruption reports were received well after they occurred, leaving logistics teams unable to mitigate late delivery impacts.

Consumer packaged goods, or CPG, refer to the space within an industry that features goods that consumers use in everyday life. These goods are produced on a large scale and generally have a short lifespan. CPG companies sell their goods to retailers, which in turn sell to consumers.

Savi worked with this customer to implement Savi Visibility™, our live streaming in-transit tracking, and ETA solution. The CPG company asked their truck carriers to send Electronic Data Interchange (EDI) and telematics feeds to Savi, while Savi set up an automated feed from and to the CPG’s Transportation Management System (TMS) to log planned shipments.

After ingesting the data from the carriers and the TMS, Savi’s massively scalable machine learning platform began to use Artificial Intelligence (AI) to build algorithms to much more accurately predict both inbound and outbound ETAs. The Savi Visibility user interface provides map, list, and reporting views of the real-time status of all shipments.