Established in 1989 in Germany, SPHINX began life as a manufacturer of Serial I/O Cards.

Shortly after the owner started to reformulate the business model to better accommodate the demands of the market place, quickly becoming one of the biggest distributors for industrial communication products across Europe.

Headquarter and stock is in Laudenbach and SPHINX ships from this location in every country in Europe.

Still privately owned, SPHINX now operates from 19 European locations with more than 90 employees all over Europe.

Supplier
MOXA
MOXA is a leading provider of industrial networking, computing, and automation solutions for enabling the Industrial Internet of Things. Moxa offers a full spectrum of innovative, high-quality solutions that have been deployed in a wide variety of industries, including factory automation, smart rail, smart grid, intelligent transportation, oil and gas, marine, and mining.
Learn more 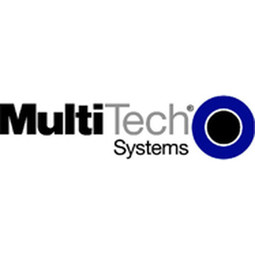 Supplier
MultiTech Systems
MultiTech designs, develops and manufactures communications equipment for the Industrial Internet of Things – connecting physical assets to business processes to deliver enhanced value. Our commitment to quality and service excellence means you can count on MultiTech products and people to address your needs, while our history of innovation ensures you can stay ahead of the latest technology with a partner who will be there for the life of your solution.
Learn more 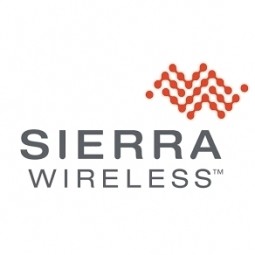 Supplier
Sierra Wireless
With a rich 24-year history of innovation in the wireless space we have been first to market with many technology solutions for global customers.Our innovative products and solutions already connect thousands of businesses to critical data and millions of people to information. Our customers Trust us to develop products and services that get them to market faster and can in turn, help save lives, reduce carbon emissions, and make neighborhoods safer.Sierra Wireless designs modems that enable PCs, notebook computers, and vehicles to communicate wirelessly. Its products are used for Internet access, e-mail, database access, vehicle dispatch, and a range of machine-to-machine applications. Its product lines include AirPrime (embedded wireless modules), AirLink (intelligent gateways), and AirVantage (machine-to-machine cloud products). The company sells directly and through resellers, primarily to customers in North America. Manufacturers also embed the company's wireless modules into their computing products.
Learn more

Supplier
NetModule
NetModule is a leading manufacturer of communications products for M2M and IoT. Highlight products categories include solutions for transportation, public transport, and Industry 4.0. The devices are certified and include latest technologies (WLAN, LTE) and various interfaces for applications needing robust communication, i.e. PWLAN, information systems, driver communication, remote maintenance, condition monitoring and data exchange in real-time.Founded in 1998 NetModule is a Swiss based company with headquarter in Berne (Niederwangen) and offices in Zurich (Winterthur) and Basel, and subsidiaries in Frankfurt and Hong Kong.
Learn more

Supplier
Lanner Electronics
Lanner Electronics Inc (TAIEX 6245) is a world leading provider of design, engineering and manufacturing services for advanced network appliances and rugged applied computing platforms for system integrator, service providers and application developers. Founded in 1986, Lanner is an ISO 9001 accredited organization with headquarters in Taipei, Taiwan, and offices in USA, Canada and China. With over 30 years of experience in system and board hardware engineering, Lanner provides high-performance, reliable and cost-effective computing platforms
Learn more
Supplier
Sintrones Technology Corp
SINTRONES is a world-renowned and ISO 9001 & IRIS ISO/TS 22163 certified company of in-vehicle computing system products. We are dedicated to provide our customers with high quality system products that meet international traffic standards certification, including EN50121, EN50155, E-Mark, IEC60945, IACS E10, DNV and MIL-810.Our team has years of product design and sales experiences in X86 and RISC platforms as well as vertical system integration of applications. Our in-vehicle computing products were awarded several patents in many countries across the world. With reliable and powerful engineering ability in R&D,SINTRONES provides stable and high-quality product solutions align with customers' short and long-term needs. We are proud of the passion, agility, and professional efficient service we offer.SINTRONES in-vehicle computing solutions aim to complement our customers’ success. We thoroughly integrate internal and external resources of sales, R&D, product planning and marketing to truly perform professional, high-quality and simultaneous services and create maximal value for our customers with best C/P ratio products. SINTRONES in-vehicle computing solutions have been widely adopted and approved by many well-known international brands and companies in industries.
Learn more