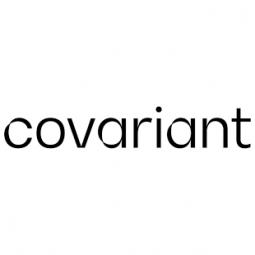 Since the first industrial robots were introduced in the 1960s, millions have been deployed globally. Their impact is undeniable. Robots have automated countless dangerous, repetitive tasks, transforming manufacturing, but they've only reached a fraction of their potential. Incapable of thinking on their own, they can only do pre-programmed tasks in tightly-controlled environments. They can't understand, learn, or adapt.

Building on our experience at Berkeley and OpenAI, our vision is the Covariant Brain: universal AI that allows robots to see, reason, and act on the world around them. We’re bringing the Covariant Brain to commercial viability, starting with the industries that make, move and store things in the physical world.

The promise of AI and robotics is enormous and unmet.

Covariant is your partner to cut through the hype, create a roadmap and deploy robotics across your operations, all built on the universal AI that powers the Covariant Brain.

Instead of learning to master specific tasks separately, Covariant robots learn general abilities such as robust 3D perception, physical affordances of objects, few-shot learning and real-time motion planning. This allows them to adapt to new tasks just like people do — by breaking down complex tasks into simple steps and applying general skills to complete them,