Imperial Vending has earned a reputation for outstanding service and quality and is always on the lookout for new ways to enhance this brand image. The company has used technology to improve service excellence since entering the vending business in the early 90’s. Handheld route systems, for instance, have helped Imperial Vending closely monitor customer consumption profiles and maintain transparent and accurate reporting for customer commissions. Another key reason to move to wireless technology was to improve operational efficiency. Imperial Vending had already attempted another solution for advance assembly of delivery orders, a technique known in the industry as pre-kitting. However, Imperial Vending found that their pre-kits were often significantly inaccurate because of unpredictable variations in account sales. While this early test of pre-kitting helped get drivers on their way from the warehouse more quickly, it did little to help with route efficiency and keeping fresh products in customer vending machines.

Imperial Vending got started by installing Cantaloupe Systems’ Seed in 200 snack and soda machines on three adjacent routes in the Tulsa area. This initial implementation was fully deployed within 90 days and Imperial Vending began using Seed technology in parallel with the existing pre-kitting software to verify effective operation. After the Seed trial proved to be a success, the company continued to expand the implementation rapidly. Imperial Vending now has Seed technology deployed in five of its nine markets and has approximately 4,500 machines connected to Seed. 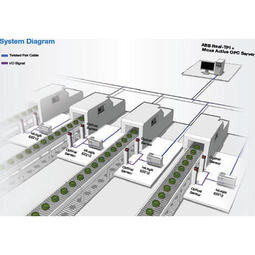 Case Study
Improving Production Line Efficiency with Ethernet Micro RTU Controller
Moxa was asked to provide a connectivity solution for one of the world's leading cosmetics companies. This multinational corporation, with retail presence in 130 countries, 23 global braches, and over 66,000 employees, sought to improve the efficiency of their production process by migrating from manual monitoring to an automatic productivity monitoring system. The production line was being monitored by ABB Real-TPI, a factory information system that offers data collection and analysis to improve plant efficiency. Due to software limitations, the customer needed an OPC server and a corresponding I/O solution to collect data from additional sensor devices for the Real-TPI system. The goal is to enable the factory information system to more thoroughly collect data from every corner of the production line. This will improve its ability to measure Overall Equipment Effectiveness (OEE) and translate into increased production efficiencies. System Requirements • Instant status updates while still consuming minimal bandwidth to relieve strain on limited factory networks • Interoperable with ABB Real-TPI • Small form factor appropriate for deployment where space is scarce • Remote software management and configuration to simplify operations
Learn more 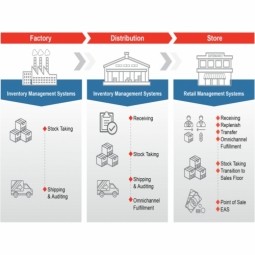 Case Study
How Sirqul’s IoT Platform is Crafting Carrefour’s New In-Store Experiences
Carrefour Taiwan’s goal is to be completely digital by end of 2018. Out-dated manual methods for analysis and assumptions limited Carrefour’s ability to change the customer experience and were void of real-time decision-making capabilities. Rather than relying solely on sales data, assumptions, and disparate systems, Carrefour Taiwan’s CEO led an initiative to find a connected IoT solution that could give the team the ability to make real-time changes and more informed decisions. Prior to implementing, Carrefour struggled to address their conversion rates and did not have the proper insights into the customer decision-making process nor how to make an immediate impact without losing customer confidence.
Learn more 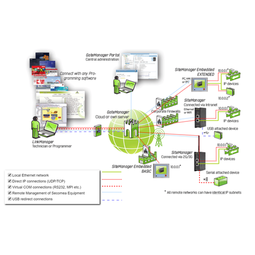 Case Study
Ensures Cold Milk in Your Supermarket
As of 2014, AK-Centralen has over 1,500 Danish supermarkets equipped, and utilizes 16 operators, and is open 24 hours a day, 365 days a year. AK-Centralen needed the ability to monitor the cooling alarms from around the country, 24 hours a day, 365 days a year. Each and every time the door to a milk cooler or a freezer does not close properly, an alarm goes off on a computer screen in a control building in southwestern Odense. This type of alarm will go off approximately 140,000 times per year, equating to roughly 400 alarms in a 24-hour period. Should an alarm go off, then there is only a limited amount of time to act before dairy products or frozen pizza must be disposed of, and this type of waste can quickly start to cost a supermarket a great deal of money.
Learn more

Case Study
Supermarket Energy Savings
The client had previously deployed a one-meter-per-store monitoring program. Given the manner in which energy consumption changes with external temperature, hour of the day, day of week and month of year, a single meter solution lacked the ability to detect the difference between a true problem and a changing store environment. Most importantly, a single meter solution could never identify root cause of energy consumption changes. This approach never reduced the number of truck-rolls or man-hours required to find and resolve issues.
Learn more 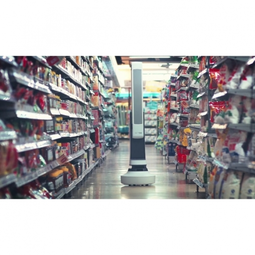 Case Study
The Retail Shelf-Auditing Robot
Full-store audits involve making sure that items are in stock, in the right place, and marked at the correct price. These tasks must be repeated over and over, typically take several hours to complete, and tend to be very inaccurate when done by humans.
Learn more
© 2015-2022 IoT ONE Limited | Privacy Policy