Condition Based Monitoring for Industrial Systems

A large construction aggregate plant operates 10 high horsepower Secondary Crusher Drive Motors and associated conveyor belts, producing 600 tons of product per hour. All heavy equipment requires maintenance, but the aggregate producer’s costs were greatly magnified any time that the necessary maintenance was unplanned and unscheduled. The product must be supplied to the customers on a tight time schedule to fulfill contracts, avoid penalties, and prevent the loss of future business. Furthermore, a sudden failure in one of the drive motors would cause rock to pile up in unwanted locations, extending the downtime and increasing the costs.

Clearly, preventative maintenance was preferable to unexpected failures. So, twice each year, the company brought in an outside vendor to attach sensors to the motors, do vibration studies, measure bearing temperatures and attempt to assess the health of the motors. But that wasn’t enough. Unexpected breakdowns continued to occur. The aggregate producer decided to upgrade to a Condition Based Monitoring (CBM) sensor system that could continually monitor the motors in real time, apply data analytics to detect changes in motor behavior before they developed into major problems, and alert maintenance staff via email or text, anywhere they happened to be.

A wired sensor network would have been cost prohibitive. An aggregate plant has numerous heavy vehicles moving around, so any cabling would have to be protected. But the plant covers 400 acres, and the cable would have to be trenched to numerous locations. Cable wasn’t going to work. The aggregate producer needed a wireless solution.

About The Customer
A large construction aggregate plant.
The Solution

B+B installed the wireless Wzzard Intelligent Sensing Platform. First, each of the company’s was equipped with three industry standard sensors: current draw, vibration and temperature. Changes in any of these parameters can be an early indicator of future problems. Each motor was then provided with a single Wzzard Intelligent Edge node, as each Wzzard node can connect up to three sensors. The Wzzard nodes then used wireless mesh networking to publish the sensor data to a network gateway. The gateway then sent the data to the monitoring application.

Two additional Wzzard nodes were also installed, to provide data routing support and ensure that the mesh network was robust enough to provided reliable, five nines (99.999 percent) uptime and connectivity, even though the environment included many large metal surfaces. 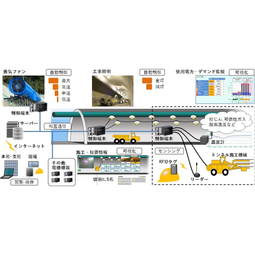 Case Study
IoT System for Tunnel Construction
The Zenitaka Corporation ('Zenitaka') has two major business areas: its architectural business focuses on structures such as government buildings, office buildings, and commercial facilities, while its civil engineering business is targeted at structures such as tunnels, bridges and dams. Within these areas, there presented two issues that have always persisted in regard to the construction of mountain tunnels. These issues are 'improving safety" and "reducing energy consumption". Mountain tunnels construction requires a massive amount of electricity. This is because there are many kinds of electrical equipment being used day and night, including construction machinery, construction lighting, and ventilating fan. Despite this, the amount of power consumption is generally not tightly managed. In many cases, the exact amount of power consumption is only ascertained when the bill from the power company becomes available. Sometimes, corporations install demand-monitoring equipment to help curb the maximum power demanded. However, even in these cases, the devices only allow the total volume of power consumption to be ascertained, or they may issue warnings to prevent the contracted volume of power from being exceeded. In order to tackle the issue of reducing power consumption, it was first necessary to obtain an accurate breakdown of how much power was being used in each particular area. In other words, we needed to be able to visualize the amount of power being consumed. Safety, was also not being managed very rigorously. Even now, tunnel construction sites often use a 'name label' system for managing entry into the work site. Specifically, red labels with white reverse sides that bear the workers' names on both sides are displayed at the tunnel work site entrance. The workers themselves then flip the name label to the appropriate side when entering or exiting from the work site to indicate whether or not they are working inside the tunnel at any given time. If a worker forgets to flip his or her name label when entering or exiting from the tunnel, management cannot be performed effectively. In order to tackle the challenges mentioned above, Zenitaka decided to build a system that could improve the safety of tunnel construction as well as reduce the amount of power consumed. In other words, this new system would facilitate a clear picture of which workers were working in each location at the mountain tunnel construction site, as well as which processes were being carried out at those respective locations at any given time. The system would maintain the safety of all workers while also carefully controlling the electrical equipment to reduce unnecessary power consumption. Having decided on the concept, our next concern was whether there existed any kind of robust hardware that would not break down at the construction work site, that could move freely in response to changes in the working environment, and that could accurately detect workers and vehicles using radio frequency identification (RFID). Given that this system would involve many components that were new to Zenitaka, we decided to enlist the cooperation of E.I.Sol Co., Ltd. ('E.I.Sol') as our joint development partner, as they had provided us with a highly practical proposal.
Learn more 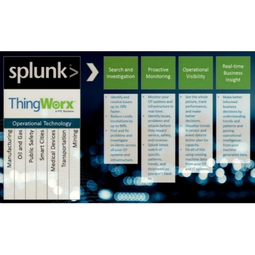 Case Study
Splunk Partnership Ties Together Big Data & IoT Services
Splunk was faced with the need to meet emerging customer demands for interfacing IoT projects to its suite of services. The company required an IoT partner that would be able to easily and quickly integrate with its Splunk Enterprise platform, rather than allocating development resources and time to building out an IoT interface and application platform.
Learn more 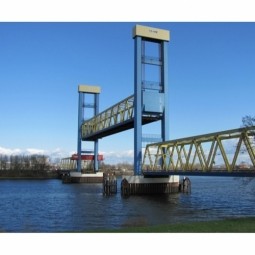 Case Study
Bridge monitoring in Hamburg Port
Kattwyk Bridge is used for both rail and road transport, and it has played an important role in the Port of Hamburg since 1973. However, the increasing pressure from traffic requires a monitoring solution. The goal of the project is to assess in real-time the bridge's status and dynamic responses to traffic and lift processes.
Learn more 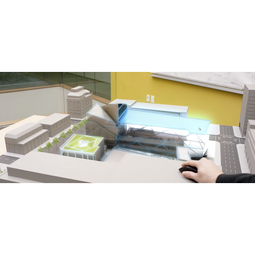 Case Study
Transforming design and construction.
Trimble needs a solution to enable better collaboration and communication between coworkers remotely, instead of using paper / 2D to communicate with each other about 3D designs.
Learn more 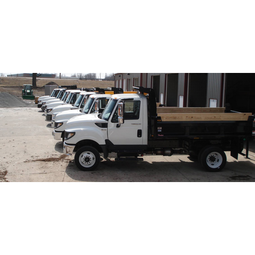 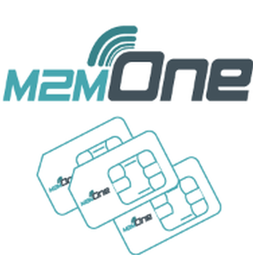 Case Study
Facility Management Solution in Construction Industry
In the construction of Crown Towers in Perth, hundreds of workers enter and exit the construction site each day, totalling into thousands by the completion of the project. All of these workers perform different tasks and come from different agencies, making it difficult for supervisors to track who does what, when, and where on such a large-scale site. An easy-to-use access, security and facility management solution was required.
Learn more
© 2015-2022 IoT ONE Limited | Privacy Policy