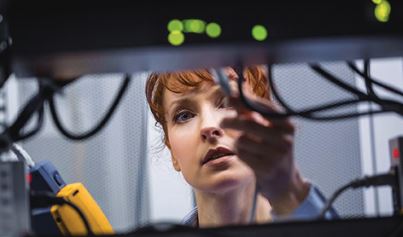 Israel Aerospace Industries (IAI) is a global leader in the development and manufacture of aerospace and defense solutions. Owned by the Israeli government, IAI designs systems for naval vessels, civil and military aircraft, homeland defense, satellites and command centers. With a revenue of US$3.83 billion, IAI employs some 16,000 people and is listed on the Tel Aviv Stock Exchange.

Operating at the cutting edge of research means that every minute counts for IAI’s production teams. IAI’s core IT environment consists of VMware, Microsoft Exchange and SQL Server, and Oracle database. The existing and new applications produce a torrent of data, and managing the growth while maintaining storage performance caused a constant IT headache.

Israel Aerospace Industries major aerospace and aviation manufacturer, producing aerial and astronautic systems for both military and civilian usage. It has 15,000 employees as of 2018. IAI is completely state-owned by the government of Israel.

Although IAI's main focus is engineering, aviation, and high-tech electronics, it also manufactures military systems for ground and naval forces. Many of these products are especially suited for the Israel Defense Forces (IDF) needs, while others are also marketed to foreign militaries.

The Hitachi solutions provide a highly effective hybrid storage model, and even with only 10% of the raw capacity provided by FMDs, IAI is reaching all its technical performance objectives.