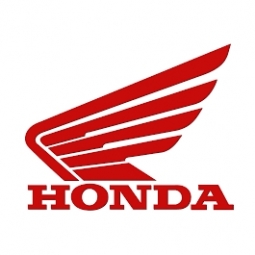 Honda was the first Japanese automobile manufacturer to release a dedicated luxury brand, Acura, in 1986. Aside from their core automobile and motorcycle businesses, Honda also manufactures garden equipment, marine engines, personal watercraft, power generators, and other products. Since 1986, Honda has been involved with artificial intelligence/robotics research and released their ASIMO robot in 2000. They have also ventured into aerospace with the establishment of GE Honda Aero

Since the establishment of the company, Honda has continued to take on new challenges in the effort to create new products and advance technologies with the spirit of utilizing technology to help people. In the area of humanoid robot research, Honda has been developing and advancing the ASIMO humanoid robot to realize a dream to be useful for people and to help enrich people's daily lives.

In addition to ASIMO, the Walking Assist device with a stride management system that supports walking for people with weakened leg muscles, the Bodyweight Support System which reduces the load on legs by supporting part of the body weight, the U3-X and UNI-CUB, compact one-wheel-drive mobility devices that provide free movement in all directions, and the High-Access Survey Robot and the Task-Performing Robot Arm, designed to be utilized at places too dangerous or not secure for people to work, are examples of product applications resulting from the application of bipedal technology and balance control technology amassed through the research and development of the humanoid robot.